Italian Queen Bees selected in north of Italy crossed with Atlantic Buckfast. In spring it develops very quickly forming strong and populous colonies and is perfect for early flowerings such as rapeseed, pollination, production of new colonies or packaged bees. Productive with strong nectariferous flows (like Acacia) can also take advantage of small blooms. It bears good hot summers and cold winters well.

Italian Queen bees selected in Finland for over thirty years. Extremely sweet. In spring it develops according to the rhythm of the season, and arrives ready for harvest without impulse to swarm. It bears very well long, cold winters. Excellent for queens breeding and royal jelly production. Due to its docility and low propensity to swarming, it's very good for urban beekeeping. 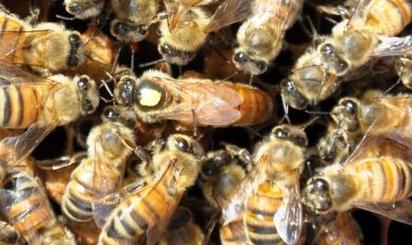 Apis mellifera ligustica is the Italian bee which is a subspecies of the western honey bee (Apis mellifera). Is the most common subspecies of bees, through its adaptability to different climates. Introduced in the United States (1859), Australia (1862), Finland (1866), New Zealand (1880). In China, specially selected, is used for the intensive production of royal jelly (its productivity is higher than 1600% of not selected bees).

The Italian honey bee is thought to originate from the continental part of Italy, south of the Alps, and north of Sicily. The subspecies may have survived the last Ice Age in Italy. It is genetically a different subspecies than that from the Iberian peninsula and from Sicily. It is the most widely distributed of all honey bees, and has proven adaptable to most climates from subtropical to cool temperate, but it is less successful in humid tropical regions. It is sometimes called the Ligurian bee.

Italian bees, having been conditioned to the warmer climate of the central Mediterranean, are less able to cope with the "hard" winters and cool, wet springs of more northern latitudes. They do not form such tight winter clusters. More food has to be consumed to compensate for the greater heat loss from the loose cluster. The tendency to raise broods late in autumn also increases food consumption. The noted beekeeper, Thomas White Woodbury, first introduced the Italian bee to Britain in 1859 and regarded it as vastly superior to the English Black. 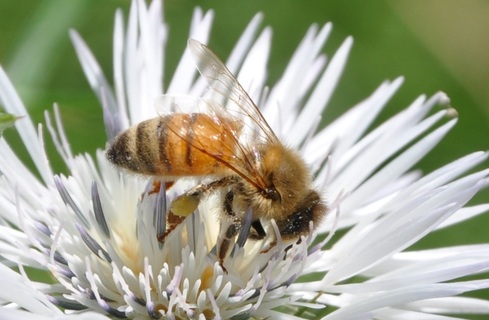 Italian Bee
It has a reputation for gentleness, but hybrids with the darker races can be especially vicious.

Brother Adam, a bee breeder and developer of the Buckfast bee, characterized the Italian bee in his book Breeding the Honeybee:

From the commercial and breeding point of view the value of the Ligustica lies in a happy synthesis of a great number of good characteristics. Among these we must mention industry, gentleness, fertility, reluctance to swarm, zeal for building comb, white honey-cappings, a willingness to enter supers, cleanliness, resistance to disease, and the tendency to collect flower honey rather than honey dew. The last-named trait is of value only in countries where the colour of the honey determines the price. The Ligustica has shown that she is able to produce good crops from the red clover. In one other characteristic has the Ligustica proved exceptional and that is in her resistance to Acarine. This is especially true of the dark, leather-coloured variety, whereas the golden strains are highly susceptible to Acarine.

While the Italian bee has many strong points, among the A.m. ligustica it has a large number of weak points:

The Ligustica has her drawbacks, and these are serious. She lacks vitality and is inclined to excessive brood rearing. These two faults are the root cause of her other disadvantages. She has too a tendency to drift which is caused by a poor sense of orientation and this can prove a drawback where colonies are set out in rows facing in one direction as is the common practice in apiaries almost world-wide....

Curiously enough, all the above mentioned faults of the Ligustica appear in greatly emphasised form in the very light coloured strains, with an additional one, an unusually high consumption of stores. In European countries such strains have proved highly unsatisfactory as they tend to turn every drop of honey into brood. These light coloured varieties are likewise as already stated unusually susceptible to Acarine. The reason for this is not known in spite of all the work spent on trying to find it. It is all the more surprising when we consider that the dark, leather-coloured Ligustica has over a period of more than 60 years proved to be one of the most resistant to Acarine.

The almost exclusive concentration of these light-coloured Italian strains in North America seems to be due to the fact that in sub-tropical Southern and Western States the large queen-rearing centres are concerned mainly with the sale of bees, where honey production plays a secondary role. Hence they need a bee which is given to brood rearing to an extreme degree, something which in entirely different climatic conditions constitutes a serious drawback.

A. m. ligustica are more concerned with nectar processing behaviors, honey storage, and adult maintenance over brood expansion when compared to the African honey bee, A. m. scutellata. 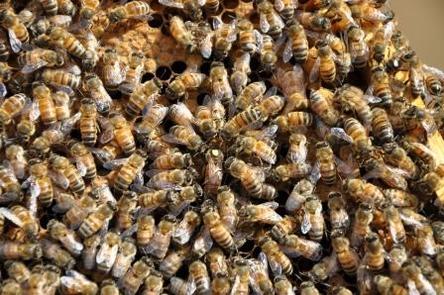 Breeders of Italian bees, as well as other honey bee races, look for certain beneficial characteristics. Depending on the breeding goal, one or more of the following characteristics may be emphasized: